Thank You for Your Activism — It’s Making a Difference

Please click on the Take Action button to contact your senators.  Ask them to stand firm against anyone the President nominates to the Supreme Court — a nomination that could be coming soon!

Obama Has Reason to Remain Frustrated with Grassroots Gun Owners

There is probably no more powerful force in American politics than Second Amendment activists.

It certainly says something that Barack Obama has declared the biggest frustration of his administration to be … not ISIS … not Putin … not North Korea … but YOU, law-abiding pro-gun Americans.

And now, you have taken Obama’s fondest dream — the dream of fundamentally reshaping the Supreme Court — and shattered it against the rocks.

Some Senators initially expressed support for holding a vote on an Obama judicial nomination.  But as GOA has discussed on several occasions, this would be a huge mistake.

And when you guys started deluging Senate offices with emails and phone calls, Senators began changing their minds.

That’s the power of the grassroots!

And here’s more good news.  Just last week, Senate Judiciary Committee Chairman Chuck Grassley reiterated his intention to sit on any nominee for the vacant Scalia seat who Obama sends to the Senate.

No hearings.  No visits between Republicans senators and the nominee.  No floor consideration.  No Senate vote.  Nothing.

This is awesome!  Because, given Obama’s history of appointing anti-gun liars who perjure themselves about their enmity toward guns, we don’t really need any more perjured testimony by telegenic, politically motivated court picks.

And this is just one of a string of GOA victories which your activism and support have achieved.

Example: Last week, Supreme Court Justice Clarence Thomas broke a decade-long tradition by peppering questions at an anti-gun lawyer appearing before the court.  According to Mother Jones, his questions were based on the brief filed in that case by Gun Owners Foundation, and the anti-gun lawyer in the case, representing the Obama Administration, was reportedly “stumped.” 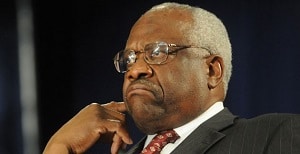 Example:  Within the past few weeks, the New York Times reported that Obama’s illegal anti-gun “executive actions” are at an “impasse” — as Obama may be counting the cost because of what American gun owners would do to Democratic candidates for office in November.

Example:  We told senators last spring that Obama was going to stab them in the back in connection with his anti-gun trade agreement (the Trans Pacific Partnership).  And now the same senators who were cheering Obama last spring have listened to the grassroots and shelved the TPP — at least for the time being — as they struggle to pull Obama’s knives from their backs.

Example:  Senate Democrats are despairing, as they have failed to make any legislative progress against the Second Amendment.  In December, they were unable to exploit the San Bernardino shooting to achieve Universal Gun Registries or gun bans for those on secret anti-gun lists.  But after GOA’s grassroots deluged the Senate right before the votes, all firearms restrictions were handily shot down.

Thus, while the President may soon be nominating someone to the Supreme Court, the anti-gun Lynch is so radioactive that her nomination would be a political liability for Obama.

So good work!  Your calls and e-mails to Congress have a powerful effect.  Please don’t relent in exercising your power.

Guns in America: You know the case for background checks is weak if…