GOA Bringing Pro-gun Victim to Testify Before Congress on Monday

Telling the truth, a survivor speaks.

Stockton, CA survivor to explain the dangers of gun-free zones

Remember Patrick Purdy?  He became a household name on January 17, 1989, when he perpetrated what was, up till then, the worst elementary school shooting up to that time.

On that date, five innocent children lost their lives in Stockton, California, and 27 children were injured. 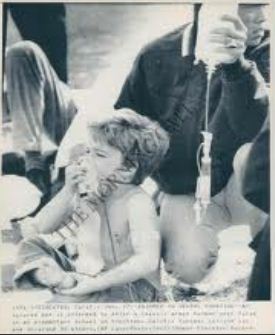 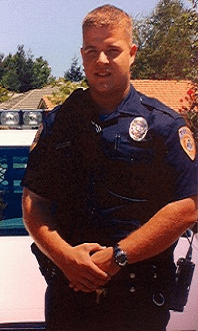 Rob Young as a child (left), recovering from his wounds in 1989. Officer Young (as he is today) will be flown in by GOA to speak to Congress on Monday (right).

Well, Rob Young was one of the children who were injured. Today he is a sworn law enforcement officer in the state of California. But unlike politically-appointed police chiefs who are in the news calling for tougher gun legislation, Rob has a different message.

You see, Rob supports the Second Amendment of the U.S. Constitution, and he is opposed to gun control!

And that’s why Gun Owners of America is flying Rob Young to DC so that he can explain to Congress the dangers that gun-free zones pose.  Officer Young has firsthand experience in this area, and he knows the dangers of disarming law-abiding citizens.

Liberal media pundits are trying to convince Republicans that only strategy for defeating the worst of Obama’s anti-gun proposals is to accept other gun control items on Obama’s menu.  Sadly, this is the strategy of Neville Chamberlain that, if we give more and more ground, then the “other side” will eventually back off.

But appeasement failed in the 1930’s and 1940’s, and it still doesn’t work today.  If we are going to defeat the gun control legislation that before Congress, we need to push forward solutions that will make the “other side” back off.

We shouldn’t be negotiating on Obama’s terms.  If anti-gunners are going to try to ram gun control down our throats — in violation of the Constitution — the best defense is to force them, instead, to swallow some of our proposals (which will actually work).

ACTION: Please click here to urge your Representative (and staff) to attend this important symposium on Monday.  Moreover, ask him or her to cosponsor H.R. 35, the Safe Schools Act of 2013.

Please note that there are two different action responses for you to send, and the system will automatically send that response, depending upon whether your Representative is a Republican or Democrat.