The Second Amendment Made a Huge Difference in Iowa

The Second Amendment Made a Huge Difference in Iowa

“The first thing I intend to do as President is rescind every single illegal and unconstitutional executive action taken by Barack Obama.” — Ted Cruz, February 2, 2016

I’m sure you saw the results of what happened in Iowa on Monday night.

A pro-gun constitutionalist ran on his principles, without 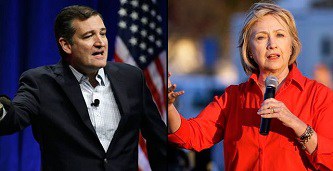 compromising them, and he won!

Ted Cruz’ victory was an exciting night for people who love the Second Amendment.

Some in the media have made the case that gun rights played an important role in both political parties on Monday.

On the one hand, said columnist Dave Workman, the win by a “staunchly pro-gun Cruz” came with a record Republican turnout in Iowa.

On the other hand, he said, “Clinton has been obsessive about gun control, and her coin-toss ‘victory’ suggests that the rhetoric may not have fired up Democrats as she apparently hoped.”

Who this nation puts in the Oval Office this year is crucial, as it will have a tremendous impact upon our Second Amendment rights.

This is especially scary when you consider that the next President could appoint four Justices.  Who else would Hillary Clinton want to nominate to the court — Michael Bloomberg?

We need a constitutionalist in the White House.  Otherwise, our Second Amendment rights could be in grave jeopardy.

But Ted Cruz has the legal background to protect the Constitution.

As Solicitor General of Texas, he drafted the amicus brief in the famous Heller case that was signed by 31 state attorneys general.  This was the case where the Supreme Court conclusively stated that the Second Amendment protects an individual right to keep and bear arms.

After being elected to the U.S. Senate, Cruz went toe-to-toe against anti-gun Sen. Dianne Feinstein and embarrassed her — exposing her ignorance on the rights guaranteed by the Second Amendment.

Senator Cruz also helped lead the attack to defeat every gun control proposal offered in the U.S. Senate in 2013, when the President tried to use the Sandy Hook tragedy to implement a draconian gun control agenda.

Ted Cruz is not a recent convert to the pro-gun position.  He is solidly pro-gun — and is 100 percent pro-Constitution.

Of course, I certainly recognize that some gun owners are supporting other candidates.

Our endorsement of Ted Cruz does NOT in any way disparage the other pro-gun candidates — in fact we have worked closely on legislative matters with Senators who are in the presidential race.

But GOA endorsed Cruz because we believe he has the strongest pro-gun and constitutional record — as indicated in our endorsement statement last year.

And it’s nice to see that even before the Iowa win, Americans would vote for Ted Cruz over Hillary Clinton, as evidenced by a recent Fox News poll.

Paid for by Gun Owners of America
www.gunowners.org
Not authorized by any candidate or candidate’s committee.