The Left is firing back

They’re coming with both barrels! Help us stop them in their tracks!

We alerted you recently to how our country’s representatives to the United Nations — in less than 24 hours after the President’s reelection — cast a vote in favor of producing a UN gun control treaty in March, 2013.

The full-throttled march towards gun control has begun.

But liberal media outlets are now going to bat for the Administration and trying to convince Americans that the UN Arms Trade Treaty will not affect average gun owners.  For example, Media Matters calls efforts by the gun community to raise awareness of this treaty as nothing more than a “right-wing U.N. gun grab conspiracy.” 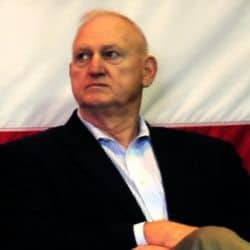 However, they couldn’t be farther from the truth.  Retired Lt. Gen. William Boykin said earlier this year that, “[The ATT] means the United Nations, an international body, will decide how you and I as Americans can buy and sell our weapons, how we control those weapons, who is authorized to have those weapons and where they are. This is a dangerous trend.”

Gen. Boykin is absolutely correct.  And this is why Gun Owners of America is pressing U.S. Senators to reject the outlandish lies from the political Left and to oppose the President’s gun control agenda.

GOA has the facts and the information to show Senators that the UN Arms Trade Treaty will adversely affect the rights of their gun-owning constituents.

There is no doubt that the UN treaty will infringe upon our Second Amendment rights.  While GOA has already written a more detailed analysis of this treaty, consider just one Article in the treaty which would, undoubtedly, lead to gun owner registration:

“State Parties shall put in place adequate measures that will allow them, where necessary, to MONITOR and CONTROL imports of [weapons, and to] adopt appropriate measures to prevent the diversion of imported items to unauthorized end users or to the illicit market.” (Article 8)

Elsewhere the treaty requires each nation to “adopt appropriate legislative, administrative or OTHER MEASURES [aka, Executive Orders] to monitor and control” firearms.

This treaty would pave the way for an anti-gun Obama Administration to unlawfully impose registration restrictions — just like they did last year when they imposed gun owner registration in four southwest border states as the “answer” to Operation Fast & Furious.

This is a huge problem, as gun registration has historically been a first step towards gun confiscation! We cannot stay silent.  We must take action.

Click here to email your two U.S. Senators in opposition to the UN treaty!

Take action.  And then distribute this email far and wide!