3 Reasons the GOP Lost, 3 Reasons to Be Optimistic and 3 Things You Can Do

Don’t worry liberty lovers..we’ll be back, and the liberal gun grabbers won’t know what hit them, but we need your help getting there!

Time for a little perspective:  It was a bad night for conservatives and liberty-lovers.

On Election Day, Republicans were swept out of office in one race after another – leaving them with tiny minorities in the House and Senate. The gleeful press predicted that this was just the beginning of a demographic shift that would put Democrats in control for the rest of our lifetimes.

But rather than being disconsolate and resigned to defeat, conservatives launched a plan.

In fact, Gun Owners of America emerged from the wreckage of that era.

And, six years later, it was the Democrats’ turn to cry — and to wonder if they would be the permanent minority.

This is the crossroads we are at: We can continue to do business in the sorry way the congressional leadership has done it for the past four years. If we do, we will lose our country – perhaps permanently.

Or we can fight for our values and pitch our issues in ways that will cause a huge majority of the American people to support us.

We are at that crossroads — right now.

First, they nominated a candidate who was bad on virtually every major conservative issue – particularly guns – and who then proceeded to run to the left.

Second, they refused to fight for the things they purported to believe, particularly, guns and an end to the anti-gun ObamaCare law.  In one important gun vote (concerning registration) in this past Congress — the vote on whether to exempt 4473’s from government seizure under post-9/11 legislation — GOP Leader Mitch McConnell whipped Republicans to vote anti-gun! By contrast, Harry Reid ended the session with a vote on a “pro-gun” bill intended to save endangered Montana Democrat Jon Tester. 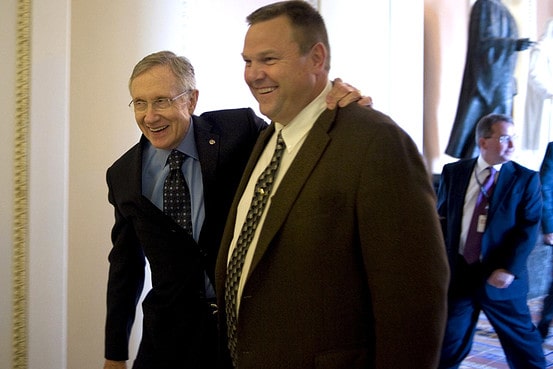 Third, Congress refused to use its leverage to force Barack Obama to back down from his unconstitutional ObamaCare and anti-gun agenda. All the House and Senate GOP would have had to do is defund these unconstitutional actions of any “continuing resolution” and refuse to back down. They didn’t.

3 Reasons to be Optimistic

First, the party in power almost always suffers major losses in the sixth year of a presidency. This doesn’t mean we can sit back and wait for history to deliver us a victory, but it does mean that the wind will be to our backs.

Second, we predict that, when it’s finally implemented over the next two years, the anti-gun ObamaCare law will be every bit the nightmare we predicted it would be.

Third, we have elected a scattering of fire-breathers who may be willing to take on their leadership and force votes on guns, ObamaCare, constitutional governance – votes which are not just sops, but which are intended to transform the national debate.

3 Things You Can Do

First, get one friend to sign up for GOA membership and to start receiving legislative updates from us

Second, forward this email to everyone you know.

Third, consider making a donation to GOA. We’re going to be in the frontlines of this fight, and any amount helps
.