O’Donnell was up against a member of Congress who earned the notorious distinction as the most anti-gun Republican in the House. But despite the backing of the Republican establishment in Washington, Mike Castle was handily defeated by pro-gunner O’Donnell. 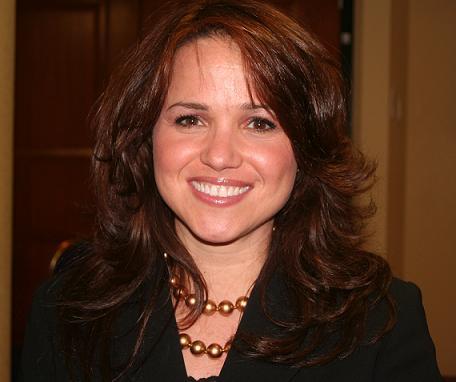 The implications of this win are huge, not only for the next session of Congress, but also in a potential lame-duck session later this year. Because this is a special election to fill the seat of Vice-President Joseph Biden, O’Donnell will take office immediately following the November election if she defeats her Democrat opponent.

Anti-gun congressional Democrat leaders seem intent on a lame duck session, but the addition of just a single constitutionalist to the Senate will go a long way to stopping any gun control from sneaking through in waning days of 2010.

Unfortunately, the National Republican Senatorial Committee (NRSC) has already tried to pull the rug out from under Christine O’Donnell by announcing that the Committee will not support her campaign in the general election. It is an outrage that the NRSC would have spent millions of dollars on an anti-gunner, while it is not interested in helping a pro-gun constitutionalist.

But Christine won the primary without their help, and GOA will be sure to work with its grassroots network to drive support to the O’Donnell campaign. You can contact the NRSC Chairman John Cornyn at [email protected] to express your outrage at this decision.  UPDATE: As a result of pressure from irate constituents, the morning after the election Cornyn announced that the NRSC had reversed its position, and would now fully support O’Donnell, to include maximum campaign contributions.

The O’Donnell win adds to a string of victories for GOA-backed candidates this year in Senate primaries in Nevada, Kentucky, Utah, Colorado, as well as the non-primary in Florida (where Marco Rubio chased Gov. Charlie Crist out of the primary—and out of the Republican Party).

All of the candidates supported by GOA-PVF were opposed by the Republican establishment in their respective primaries. And all of these candidates agree with Gun Owners of America that it is not enough simply to defeat anti-gunners in elections. They must also be replaced with leaders who will fight to restore Constitutional liberties that have been under attack for decades. (You can visit www.goapvf.org to keep up with GOA candidates.)

It is safe to say that the 2010 elections may be the most important in our lifetimes, with America’s constitutional republic hanging in the balance.

And make no mistake, if establishment Republicans, like Mike Castle, were victorious in their primaries, it would not matter which party was in control of Congress. Both parties in Washington are guilty of growing the federal government at the expense of the peoples’ liberty.

But candidates supported by GOA—pro-freedom champions like O’Donnell, Sharron Angle, Rand Paul, and Marco Rubio, to name just a few—have no intention of coming to Washington to blend into the woodwork. If most or all of these candidates win in November, it will go a long way toward slamming the brakes on the anti-gun, socialist Obama agenda.

So we are really in the midst of exciting times, and GOA is looking forward to working with a slew of new members of Congress to protect and restore the right to keep and bears arms as the Founders intended.

Of course, GOA is only effective because of the activism and support of hundreds of thousands of members and supporters.

If you are not yet a member of the organization called “the only no compromise gun lobby in Washington,” please consider joining GOA today for a minimum contribution of only $20 at http://gunowners.org/ordergoamem.htm.

Paid for by Gun Owners of America. Not authorized by any candidate or candidate’s committee.
Prev. Article
Next Article