Senator Jerry Moran (R-KS) is still seeking to get fellow Senators on a letter he plans to send to President Obama and Hillary Clinton.

Thank you for your activism on the ObamaCare gun ban!  House lawmakers voted yesterday to repeal the health care law by a 244-185 vote — with five Democrats crossing over to vote against the President.

Obviously, there is much more to ObamaCare than a “back door” gun ban, but the experience of more than 150,000 military veterans teaches us that centralizing medical records will only be used to strip constitutional rights from law-abiding Americans for ailments such as PTSD.

The House bill is most certainly D.O.A. in the Senate, but that is just another reminder of why the November elections matter.  A change of just half a dozen Senators would greatly help us in securing a total ObamaCare repeal. 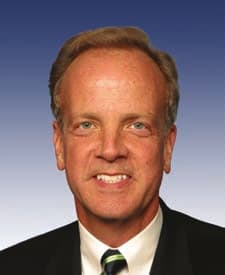 In other news, the Obama Administration is hurtling toward a July 27 signing of the ATT.  Supporters of the treaty are trying to claim it won’t jeopardize gun owners’ rights, but former UN ambassador John Bolton is not buying it.

Bolton says that the U.N. “is trying to act as though this is really just a treaty about international arms trade between nation states, but there is no doubt that the real agenda here is domestic firearms control.”

The Treaty will create a U.N.-based Implementation Support Unit (ISU) which will become an engine of gun control around the world — yes, the very same UN which helped disarm the Tutsi’s in Rwanda, and then sat idly by while the Hutus subsequently massacred them in 1994.

Fox News reports that, under the latest draft of the treaty, every country would be required to submit a report to the ISU outlining “all activities undertaken in order to accomplish the implementation of this Treaty, including… domestic laws, regulations and administrative measures.”

Not only that, the ATT would require countries to set up their own government agencies to track any guns that could be exported. “Parties shall take all necessary measures to control brokering activities taking place within its territories … to prevent the diversion of exported arms into the illicit market or to unintended end users,” the draft reads.

Considering the fact that our own federal government couldn’t track the guns going south of the border as part of the Operation Fast & Furious, what makes anyone think that a UN agency can do any better?  But to be quite honest, we DON’T WANT the UN tracking our guns!

Senator Jerry Moran (R-KS) is still seeking to get fellow Senators on a letter he plans to send to President Obama and Hillary Clinton.  While both of these recipients will probably ignore his letter, the key reason for sending it is to lock in the needed 34 votes to kill the Treaty in the Senate.  Currently, Sen. Moran has 20 signatories.

ACTION:  Urge your Senator to cosign the Moran-ATT letter.

[readon2 url=”http://capwiz.com/gunowners/issues/alert/?alertid=61557936″]Click here to send your Senators a prewritten letter[/readon2]

Fast and Furious Is Not a D.C. Law Firm