Call your Senators to make sure it happens!

Call your Senators to make sure it happens!

It would have been better if we had won the motion to proceed last week and didn’t have to spend this week fighting one Harry Reid bribe after another – all of which are intended to lure Senators into passing gun control.

But we believe that our grassroots’ pressure has kept Senators from giving in to the bribes. And, as early as today, there could be a series of pivotal votes on gun amendments.

The most important – and the vote which will determine whether we defeat all gun control in the 113rd Congress – is the vote on the Toomey-Manchin-Schumer gun registry bill. 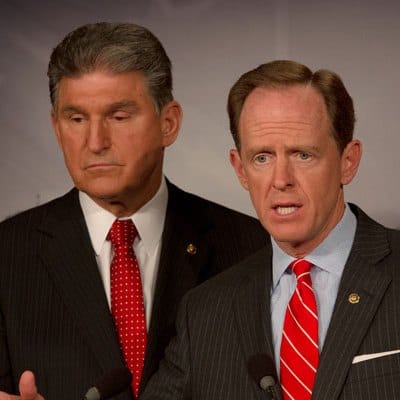 This bill would require you to go to a dealer and fill out a 4473 if you put up a sign or run a newspaper ad touting your gun that’s for sale. And, once you fill in that 4473, Toomey-Manchin-Schumer would open the door to putting you on a national gun registry.

Don’t believe the loophole-filled weasel words in the Toomey-Manchin-Schumer amendment. If it passes, there will be a national gun registry.

The vote on Toomey-Manchin-Schumer will be, by far, the single most important vote today. And it will require 60 votes for adoption. If we get 41 votes against – and we are very, very optimistic that we will – gun control will probably die for the next two years. Obama’s agenda will have been defeated.

There will also be votes on two other bad amendments, but we should be able to get 41 votes and defeat these without any difficulty. They are the votes on the Feinstein semi-automatic ban and the Blumenthal magazine ban. As we say, these should die without any more effort.

A number of good amendments will be offered:

But we need to keep our eyes on the ball: The single most important vote is the vote to defeat the Toomey-Schumer amendment. If we win on that, we will probably kill gun control for the rest of this 113th Congress. We only need 41 votes. And we are optimistic that, with your help, we will get them.

ACTION: CALL YOUR SENATORS at 202-224-3121. Demand that they vote against the Toomey-Manchin-Schumer sell-out.
Let them know that Gun Owners of America will be scoring this vote in its end-of-year rating.