Honestly. Watching MSNBC is torment.  It is like planting a listening device in Hitler’s bunker.

After consultation with the White House, MSNBC has revealed what the Democrat’s strategy is for passing “universal gun registration,” gun bans, and magazine bans.

Bottom line: Senate Majority Leader Harry Reid will bring gun control (S. 649) to the floor, and he will use his privileged recognition to force Republicans to cast votes that will paint them as wanting to arm rapists and violent felons. 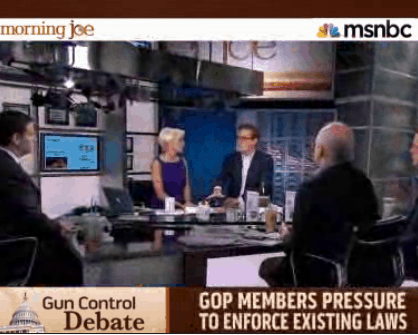 You can click here to read the transcript of the MSNBC strategy session or view the video by clicking here.

The message is clear for Republicans and pro-gun Democrats:

The strategy is NOT to allow Reid to stage his bash-o-thon so the GOP can show what it’s “for.” Reid has control of the floor, and, as we saw with ObamaCare, he will use that control to mercilessly destroy supporters of the Second Amendment.

Plus, Reid will try to get a sufficient number of Senators by using bribes and kickbacks to buy the 60 anti-gun votes he needs (just like he did on ObamaCare).

[readon2 url=”http://capwiz.com/gunowners/issues/alert/?alertid=62565716″]Click here to send your Senators a prewritten email.[/readon2]