Majority of Senators supported the Lee amendment by a 50-49 vote.

On Friday, GOA asked you to contact your Senators and urge them to support the Lee amendment which would require Senators to muster 67 votes before adopting gun control legislation. You responded to the call, and the results were very encouraging.

Click here to see how your Senators voted on the Lee amendment.

Part of GOA’s strategy for defeating Harry Reid’s gun control bill (S. 649) has been to put Senators on record and force them to reveal where they stand on gun rights. Are they going to stand with us, or are they going to follow Obama down the road to further gun control restrictions and, therefore, require additional pressure from their constituents? 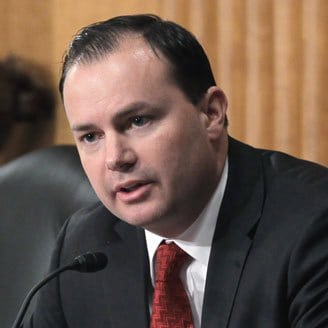 One high-level Senate staffer, commenting about the vote on the Lee amendment which took place at 4 a.m. Saturday morning, told GOA that, “The gun grabbers were livid when Senator Lee forced the vote. Mark Pryor looked nervous as hell, and DiFi [aka, Dianne Feinstein] was pissed.”

GOA’s strategy was realized twice Saturday when two key amendments were offered to the budget resolution — one amendment by Senator Lee, the other by Sen. James Inhofe (R-OK).

Six Democrats and all but one Republican (Mark Kirk of Illinois) voted in favor of the Lee Amendment which would make S. 649 impossible to pass. Again, this is because the Lee amendment would have required anti-gun Senators to muster 67 votes (rather than a simple majority of 51 votes) before gun control could be adopted.

There were six “Red State” Democrats who voted Against the Lee amendment — Senators Mark Begich (AK), Tim Johnson (SD), Tim Kaine (VA), Mary Landrieu (LA), Harry Reid (NV) and Mark Warner (VA). Gun owners in these states should be sure to voice their displeasure with these Senators.

The other provision — an anti-UN treaty amendment offered by Sen. Inhofe — passed by a 53-46 margin.  53 senators, including eight Democrats, voted for the Inhofe amendment to kill the UN Arms Trade Treaty — a treaty that would impose gun registration and possibly even ban handguns and semi-autos, while creating a microstamping requirement that would be technologically impossible to comply with. Click here to see how your Senators voted on the Inhofe amendment.

Anti-gun Mary Landrieu and Harry Reid voted wrong on both amendments — and even refused to join the eight Democrats who oppose the UN Arms Trade Treaty. This treaty could be self-executing and could, without further legislation, force the U.S. to implement gun registration and bans on semi-autos and handguns.

Gun owners in Louisiana and Nevada, you have some homework to do — Mary Landrieu and Harry Reid need to hear from you!

GOA will keep you updated on the status of Harry Reid’s gun control bill (S. 649), which will be voted on right after the Easter recess.

Ten Reasons to vote against Bribe-O-Thon