We realize it’s short notice, but we wanted to alert you that, later tonight, Senator Mike Lee of Utah intends to offer an amendment to the budget resolution that would prohibit any gun control legislation which does not have a 2/3 vote in the Senate. 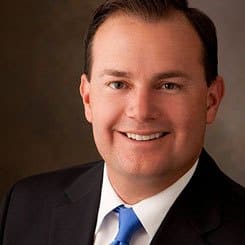 We know, we know. We would prefer to prohibit any and all gun control, even if it had 100 votes.

But if the Lee amendment is passed, the practical effect will be that gun control can never again pass the Senate.

Given the Armageddon-like fight which we are now engaged in in the Senate, achieving a gun-control peace for the rest of our lifetimes would be a good thing.

ACTION: Contact your Senators. Ask them to vote for the Lee amendment which would require a 2/3 vote for the Senate to impose any gun control.

You can use the Action center, or you can call your Senators since time is short. The number for the Senate is 202-224-3121.

[readon2 url=”http://capwiz.com/gunowners/issues/alert/?alertid=62536421″]Click here to send your Senators a prewritten email.[/readon2]