Tis the Season for Gun Owners to be Jolly

“President Obama’s feckless behavior has destroyed people’s confidence that the government can protect them from terrorism. That’s why Americans are buying guns and getting concealed carry permits in record numbers.” — GOA’s Erich Pratt, The Washington Times, December 16, 2015

The past three weeks have been a really good time for Gun Owners of America and the rest of the Second Amendment community.

The first blow came from the American people. 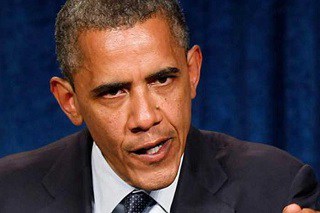 In the wake of continuing efforts by Barack Obama to scare us into destroying our guns, Black Friday recorded the largest number of gun purchases (as evidenced by background checks) on record: a stunning 185,000 firearms purchases.

It is hard to overstate the importance of this.

Obama, Bloomberg, Feinstein, the New York Times, MSNBC, academia, Left-wing churches, and every major liberal institution in America have spent massive amounts of money trying to convince Americans that guns are “scary” and need to be banned.

Instead, to their consternation and dismay, Americans have concluded that the way to keep themselves safe is to arm themselves.

Like the Old Testament plotter in the Book of Esther, these liberals have hung themselves on their own gallows.

Their efforts to terrify Americans have only succeeded in inspiring people to arm themselves at unprecedented levels, so that they can defend themselves against the terrorists Obama is importing from the Middle East.

Of course, liberal efforts to exploit the tragedy at San Bernardino have been thwarted by the fact that California is Gun Control Central.

So, while gun grabbers try to brag about their tiny legislative successes in New York, California, Maryland, Colorado, and Oregon, they are forced to explain why every one of these “successes” resulted in extensive, needless loss of life.

In addition, the gun control crazies suffered a head-splitting setback when their normal ally, The Washington Post, published a detailed analysis finding that not a single mass shooting since Newtown would have been stopped by Obama’s entire gun control agenda.

GOA has been saying that all along.

But, under a legal concept called “admissions against interest,” even a pathological liar like the Post is deemed credible if it makes a statement diametrically opposed to its own policy agenda.

On December 3, we decisively destroyed amendments to a government spending bill in the U.S. Senate which would have imposed gun bans on people who are on Obama’s “watch lists” and would have implemented universal background checks and gun registries.

These were the two proposals that anti-gun zealots wanted the most, and their demise by 15 and 12 vote margins would seem to make it very difficult for Obama to ban guns in the next year — at least legally with the consent of Congress.

And then there was the battle in the House of Representatives over this same spending bill.  Despite a concerted effort by Nancy Pelosi to delete pro-gun provisions from previous years’ spending bills, all of the pro-gun sections survived.

House Republicans rose up, almost in one voice, in opposition to Nancy Pelosi’s demand that the bill allow the Centers for Disease Control to publish “junk science” studies supporting gun control.

As you remember, CDC officials, in the early 1990’s, stated that they wanted to use their fraudulent “research” to discredit and ban gun ownership, in the same way as they had done with smoking.

The bill also continued to block implementation of the UN Arms Trade Treaty, the shotgun import ban, and a ban on Fast & Furious-type operations.

We were disappointed that the Ken Buck Amendment to allow law-abiding Americans to petition to get their gun rights back did not make it into the final bill.  But we will continue to work for this.

Activism from GOA Members is Paying Off

Finally, you will remember that GOA has become the voice of opposition against the anti-gun sentencing reform proposal.

This bill would increase penalties for disarmed veterans and other prohibited persons, as well as gun technicians who post “how-to” data on guns on-line.

Plus, the bill would raise penalties on violators of the Hughes “machine gun ban” Amendment — people like David Olofson who was framed for supposedly owning a machine gun, when in fact it was the ATF that tampered with his semi-automatic firearm.

Beginning in October, GOA started activating its grassroots members to oppose this bill.  We have been fighting an uphill battle, given that several key Republicans in the Senate have cosponsored the bill.

But the hard work from GOA activists is making a difference.

Senate Majority Leader Mitch McConnell has moved from being supportive of Obama’s anti-gun sentencing bill to being questionable, according to recent reports in the New York Times.

You can be sure that Gun Owners of America will continue this battle into the new year.

Three years ago, the haughty liberal establishment — comprised of the media and anti-gun Democrats like Obama — viewed the Second Amendment community as small, inconsequential and easy to destroy.

But the “proud and mighty” have been humiliated over and over again.

There’s a lot to be thankful for this Christmas.  And we are certainly grateful for all the help that your activism has provided.

Tis the season to be jolly!