Second Amendment Preservation Act (SAPA) legislation is a straightforward concept that adheres to the Frist Principle of Federalism, which affirms that the States have the obligation to defend their citizens from unconstitutional laws that violate the terms of the Federal compact, as well as the respective Bills of Rights. 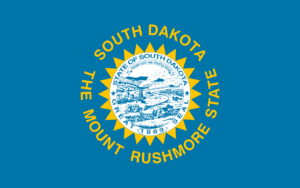 Contact your State House Representatives to tell them that you want them to support SAPA, HB 1052, to secure the inherent freedoms of the citizens of South Dakota from Federal overreach!

Within the American tradition, the central function of government is to defend the liberties of its citizens. Given that fact, it is time for State-level elected officials to check Federal power. The passage of a SAPA would place further legislative safeguards on the natural authority of South Dakotans to exercise their God-given right to preserve life, liberty, and property with commonly held arms.

State House Representative Aaron Aylward (R), District 6, has brought forth House Bill 1052 along with 26 co-sponsors. Regrettably, some of South Dakota’s Sheriffs and other Elected Officials are not offering their support to this vital effort to arrest Federal overreach despite multiple amendments designed to alleviate opposition concerns.

Ultimately, HB 1052 is about protecting the liberties of gun owners from unconstitutional Federal regulations, as well as safeguarding the ability of the citizens of South Dakota to exercise their God-given rights.

If we wish to have a rebirth of liberty within this nation, we must passionately strive to defend liberty and that effort begins with the Sovereign States adhering to their mandate to defend the liberties of their citizens from unconstitutional Federal overreach.

So please use the form above to tell your State House Representatives to support HB 1052 and protect against Federal overreach!